Stephen Westcott Gratton is rather well-known in the horticulture circles.  He is a horticulturist, gardening expert, has authored three books the first of which is "Creating a Cottage Garden in Canada", a regular contributor to Canadian Gardening Magazine and  a tv host having appeared on HGTV with Flower Power among other gardening programs.
I enjoy reading Canadian Gardening magazine and have found his articles well-informed and educational to me.  As a subscriber to the online newsletter put out by Canadian Gardening, I found an article by Stephen Westcott Gratton about his favourite garden writers.  While I would have loved to have simply chosen the button to "blog this", it wasn't available.  I did tweet it.  This is the next best thing.  Blogging about his article, I guess.
Stephen's top 10 garden writers:

Who are your favourite garden writers?  A couple of my favourites are Lois Hole and David Tarrant.  I have a confesstion.  The only one from Stephen's list that I have heard of is Gertrude Jekyll.  How about you?
Posted by Shirley 2 comments:

One of my favourite movies of all time is You've Got Mail starring Tom Hanks and Meg Ryan.  If you haven't seen it, you simply must!!  But, I digress.  Last year I came across a tantalizing promotion on Fairfield House blog.  Deborah launched her Second Annual Fairfield House Post Card Exchange Party yesterday!!!  What does this mean to you?  Well, if you are the taddest bit like me, and love to receive postcards from all over, this will definitely appeal to you.  Just go to the link above and join the linky list of participating blogs.  Mailing addresses are exchanged via email with the understanding that they are not to be shared.  Once receved, you send that individual a postcard from your area (check the local dollar store) and they, in turn, shall send one to you.  This runs for a limited time and promises to be a fun little exchange of "real" mail (vs. the virtual mail on You've Got Mail.) .  Won't you join in? 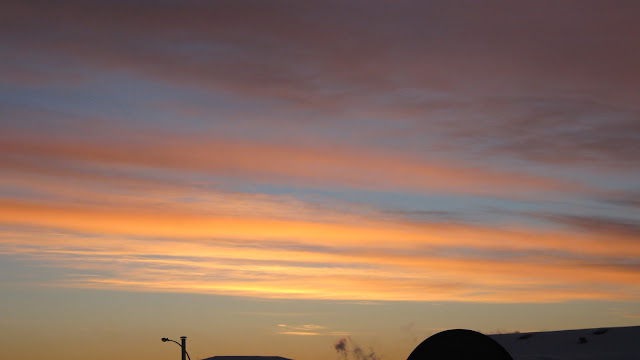 I have to get up even earlier to catch the sunrise now!  I love it!!
For more gloriious skies visit Sky Watch Friday
Posted by Shirley 5 comments:

It's much too cold here to venture out to see this for myself.  Ok, I'm a woose.  However, for those who have had the chance to see it, I've heard it's spectacular.  Take a look at the video embedded above to see these northern lights.
Posted by Shirley 3 comments: 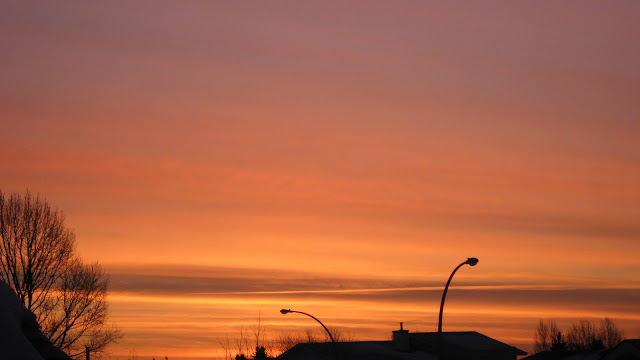 A February sunrise bathes the skies in hues of orange.  Such a delight to capture!  It is cold here, in Edmonton, again. -32 Celsius with the windchill today.  More snow tomorrow and high near -18 Celsius.  Sunday and Monday will be a tad warmer but still below freezing.  Then the cold returns again. *Sigh* How many more weeks until spring?
For more lovely sky views visit the Sky Watch team here.
Posted by Shirley 6 comments:

The Gardening Life is celebrating it's one year anniversary with 10,000+ visitors!!!!  Thank you to all my visitors for sharing this past year of growth with me.  We've gone on garden strolls, examined the wanted and unwanted in the garden, and spotlighted plants to add to our wishlists.  This next year promises to be all that and more.  I'm so glad you're here!! 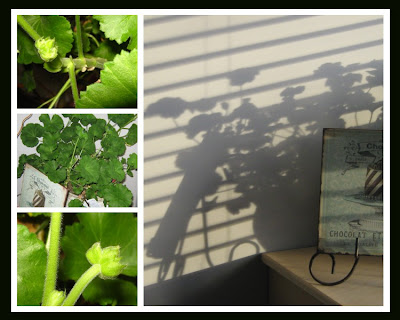 Email ThisBlogThis!Share to TwitterShare to FacebookShare to Pinterest
Labels: The Gardening Life Blog 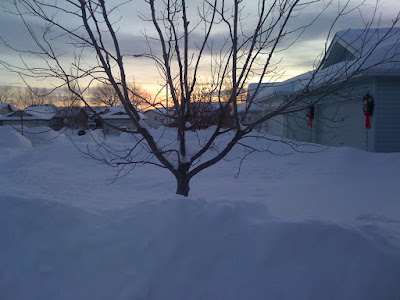 It's been about a week since I posted last.  Not much new here, really.  It's been a bit sunny lately and slightly above freezing so those huge drifts of snow are very slowly melting.  While that's great and all, it also means the slickest of sidewalks and roads.  My daughter and I laid out fresh sand today while my son and husband braved the slippery slopes of the roof to remove the few feet of snow still blanketing it.  It is imperitive to do so because ice damming in the eaves will prevent the runoff from melting snow going to the eavestroughs.  There was a house fire just last week that was determined to have been caused by this very thing.  Instead of the meltoff running down the eaves and the downspouts, the water ran down the inside walls of the house, shorting wires and causing a fire.  An expensive lesson that we'd rather not learn.
So folks, here's a gentle reminder to shovel your roof if there is an accumulation there.  Failure to do so could result in expensive and disasterous damages.
Posted by Shirley 3 comments:

Email ThisBlogThis!Share to TwitterShare to FacebookShare to Pinterest
Labels: winter 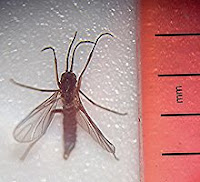 Last year I did a post about fungus gnats that I am reminded of as I came across this research reported by HortScience and mentioned on Enjoy Gardening's newsletter.    Fungus gnats are those miniscule black winged bugs that resemble fruit flies.  They inhabit soil, especially moist soil wherein they lay their eggs.  It is not uncommon to find them in the soil of houseplants during winter.

According to the researchers at Kansas State University, Bounce dryer sheets repel fungus gnats!  The researchers tested and were able to prove the repellency factor of the dryer sheets.  It is believed the chemical linalool, which is used in perfumed products with a floral scent, including dryer sheets, may be at least partially responsible for this effect.

So next time you find those pesky little bugs flying about, try a Bounce dryer sheet placed strategically.  Be the researcher and see if there is merit to this.  Otherwise, read my article for ways to get rid of them.
Posted by Shirley 6 comments: 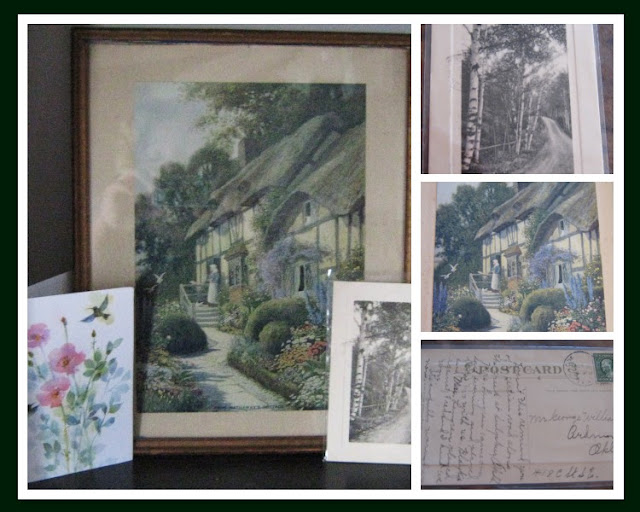 Gina at Antique Art Garden hosted her first ever giveaway and I won!  I received this pretty cottage art in December but just now got around to posting.  Don't you love this garden?  It's displayed in my dining area where I can enjoy the delphiniums and other flowers of the cottage garden year round.  Thanks so much Gina.

I really enjoy Gina's blog, especially the virtual tours of antique shops with her expert advice on finding the best deals and authentic pieces.  She's a gem!  Check out her blog and tell her I sent you, won't you?

Thank you to Mary for hosting Mosaic Monday
Posted by Shirley 11 comments:

Sunrise On the Horizon - Skywatch Friday 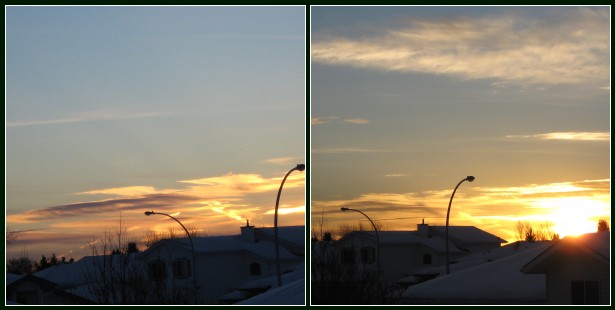 The day dawned bright and clear.  Normally that's a good thing but on Groundhog day, not so much so.  February 2 the skies were clear and the sun bright and cheery and Balzac Billy saw his shadow.  Six more weeks of winter is the forecast for Alberta.  Not that that's unusual, it's more like the norm here.  I don't put a lot of faith in this ritual but it is just for fun, isn't it?

What were your skies like this week?  Did the groundhog see his shadow where you live?

The Sky Watch participants share their photos for you to enjoy.  Why not stop by? 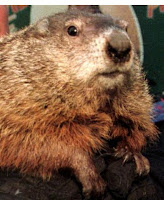 The resident groundhog of Balzac, Alberta has predicted another six weeks of winter.  Apparently he saw his shadow and returned to his hole.  Had he stayed out and lingered, the prediction would have stated an early spring, as the groundhogs in Eastern Canada indicated.  With the weather the eastern portion of this fine country is currently experiencing, they surely were happy to hear of this news.  In Ontario today, the winter storm has necessitated school closures amidst the weather warnings.

Groundhog Day was inspired by an old Scottish couplet: "If Candlemas Day is bright and clear/ There'll be two winters in the year."


The tradition of watching a groundhog to see if it sees its shadow reportedly began in 1887 in Punxsutawney, Pennsylvania by German settlers.

It was 1956 in Canada when Wiarton Willie was known throughout households for early February predictions of winter duration. Wiarton is a pretty town of 2,300 on the Bruce Peninsula between Lake Huron and Georgian Bay. There are other groundhogs across this country including Schubenacadie Sam in Nova Scotia,Wiarton Willie and Gary the Groundhog in Ontario, Brandon Bob in Manitoba and Balzac Billy in Alberta..


Groundhogs are actually woodchucks or marmots, and are members of the squirrel family.  Quick facts from Cornell University:

-Woodchuck and groundhog are common terms for the same animal.
-Scientific name: Marmota monax.
-Woodchucks can climb trees and also swim.
-Groundhogs in the wild eat green plants, such as dandelion greens, clover, plantain and grasses.
-They feed heavily in summer, storing fat for winter hibernation.
-By February, hibernating woodchucks have lost as much as half their body weight.

Tuck in folks for another six weeks of winter which, honestly, is at least as long as any other winter here!
Posted by Shirley 5 comments: 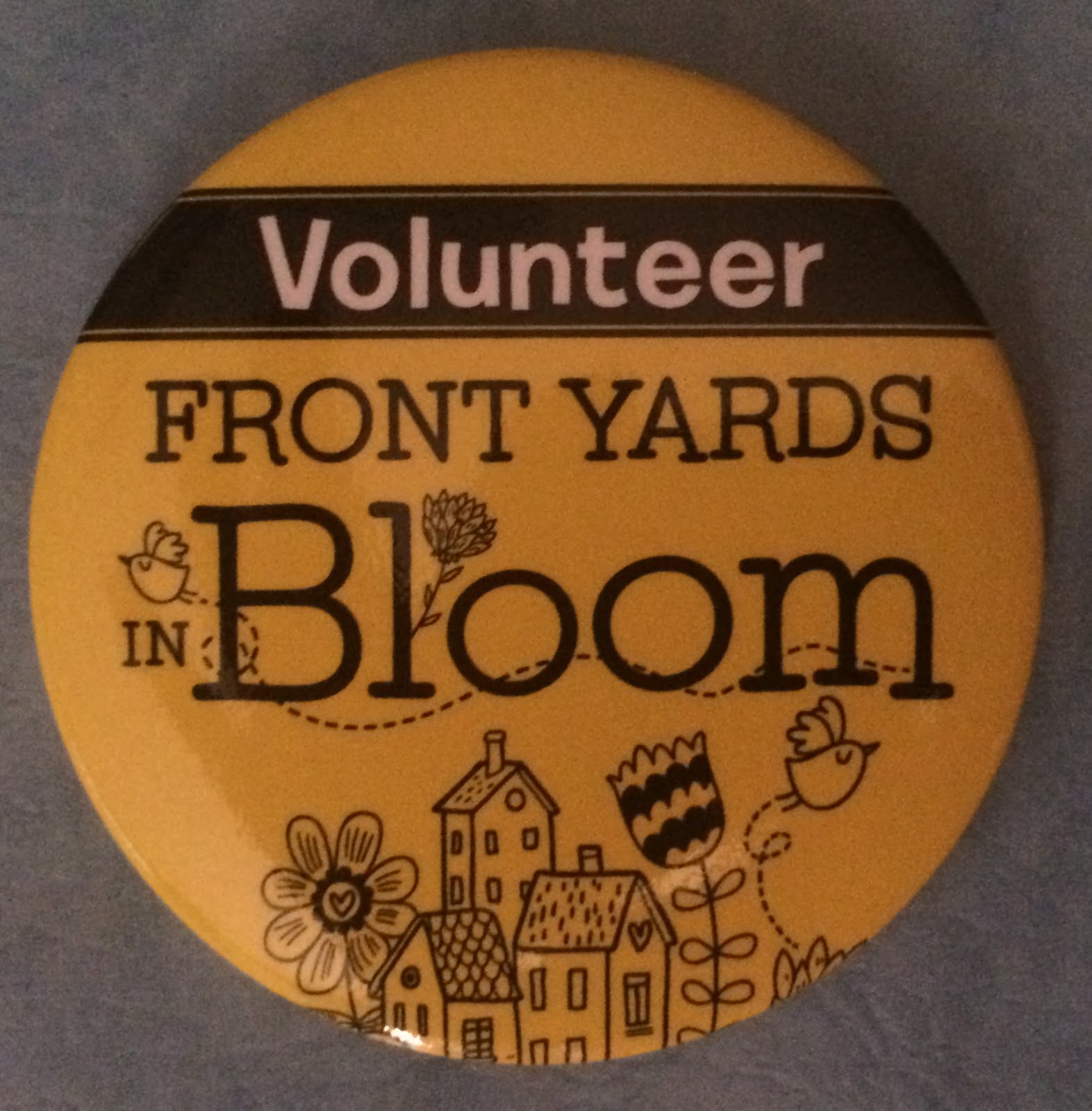 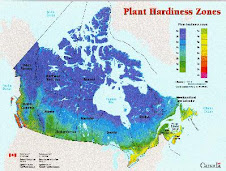